Breeding Birds in WiesenKönigReich – Wetlands of the Zeller See 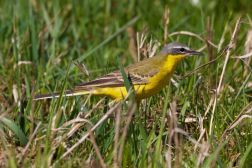 The Yellow wagtail puts its nest directly on the ground, laying 5-6 eggs incubated for 2 weeks. After 17 days the chicks fledge. Yellow wagtails feed on insects and spiders. 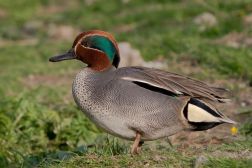 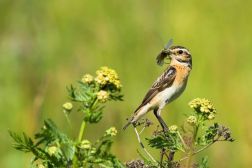 The whinchat has suffered dramatic losses in population since the 1960s. Once a frequent and characteristic bird of the valley bottom between Zell am See and Krimml, it has since be severely decimated. 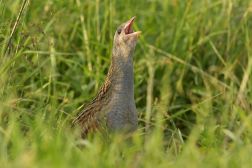 The corncrake is a shy and rare migratory bird. In May, it comes from its overwintering areas of Sout-Eastern Africa to Austria and nests amid wet meadows. 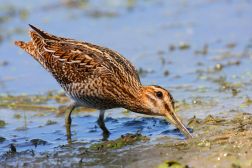 The Common Snipe is one of Salzburg's rarest breeding birds. One breeding pair was observed regularly inseide Zeller SEe nature sanctuary until the year 2000. 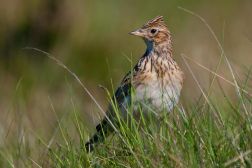 The brooding season for the 18-19 cm-large skylark is from mid-April until August. It, too, lays its nest directly on the ground. Its food is provided by insects and seeds.